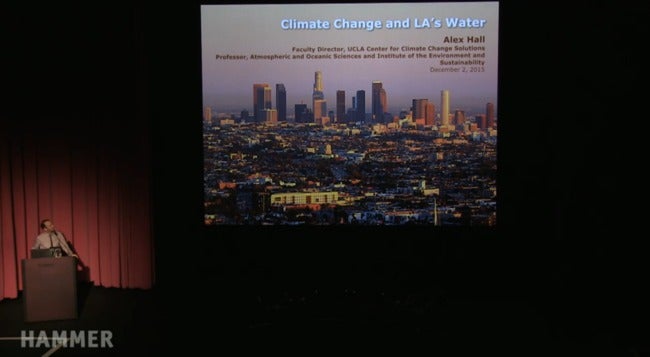 UCLA’s Hammer Museum hosted the final iteration of its 2015 program “Next Wave: Quality, Quantity, and Accessibility to Water in the 21st Century”. The final presentation grappled with issues closest to home, largely under the purview of the goals articulated by the ambitious Sustainable LA Grand Challenge.