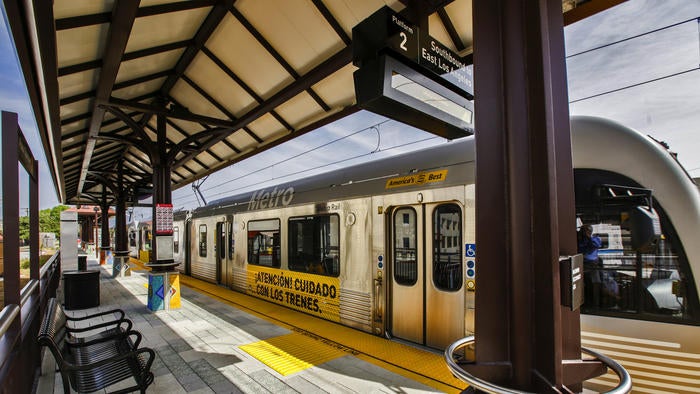 The Metro Gold Line train makes test runs, on new rail tracks on foothill extension that extends the existing Gold Line east into the San Gabriel Valley from Pasadena, as shown on March 2.

Prompted by the opening this month of the Gold Line extension from Pasadena to Azusa, Ethan N. Elkind (UCLA School of Law and UC Berkeley School of Law) reflects on the political motivations behind mass transit in the greater L.A. area. Ultimately, Elkind concludes that “going forward, Metro should be more willing to reject inefficient rail proposals in favor of more cost-effective options” so as to maximize the efficacy of the public transit systems in which we invest our resources.