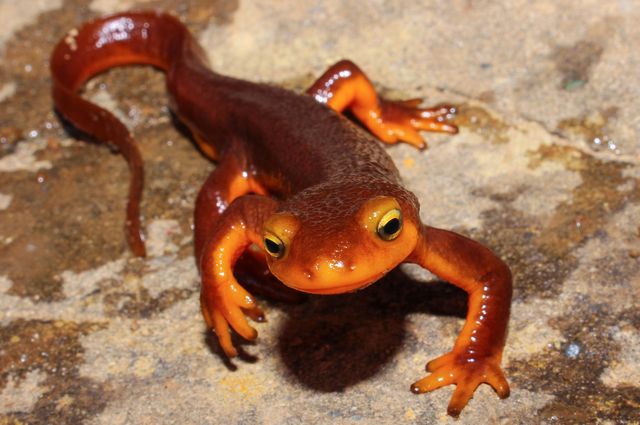 In Southern California, the California newt — Taricha torosa — has been showing up at breeding grounds nearly 20 percent underweight on average. It is the largest native salamander species occurring in the Santa Monica Mountains.
Connor Long

According to new research from UCLA Institute of the Environment and Sustainability, the survival of the Tachira torosa- California’s only species of newt- is jeopardized by the state’s ongoing drought. As newts’ native marshes and creeks dry up, they emerge less from underground shelters to breed, and newts collected at breeding sites are nearly 20 percent underweight on average.

How a plan to create a much-needed park in Koreatown withered San Francisco is requiring solar panels on all new buildings. But here’s...
Scroll to top