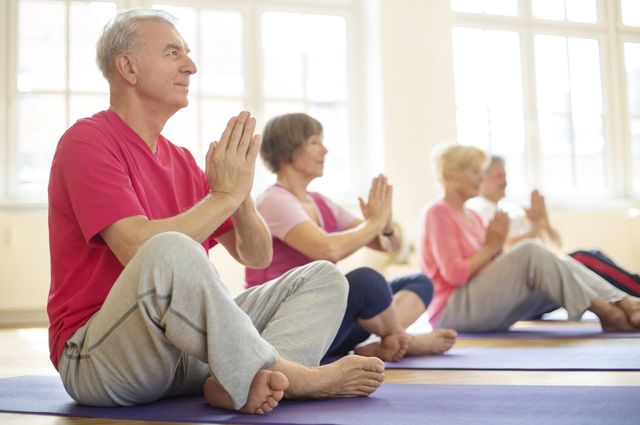 A three-month course of yoga and meditation was found to be even more effective than memory enhancement exercises for managing mild cognitive impairment.
alvarez/iStock

UCLA scientists conducted a study following a cohort of individuals over the age of 55 for 3 months, either participating in a yoga class, a memory training program, or both. They found that the yoga reduced cognitive and emotional issues that can often be early symptoms of Alzheimer’s. The study was lead by Helen Lavretsky, a professor in residence in UCLA’s department of psychiatry, who noted that the yoga was more effective than memory enhancement exercises (like luminosity) for reducing a wide range of early symptoms.

Rewiring Your Brain: Neurofeedback Goes Mainstream New Evidence for the Necessity of Loneliness
Scroll to top