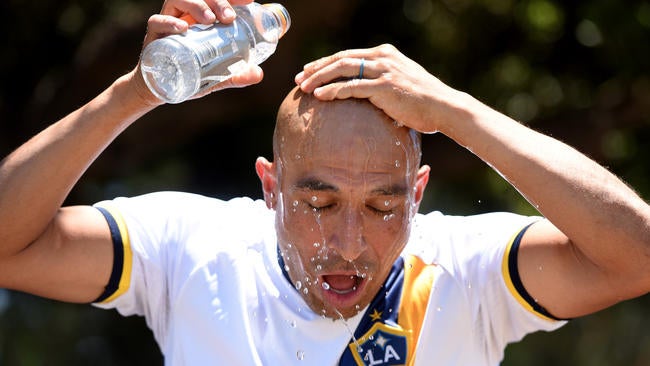 Robert Aguilar pours water on his head during halftime of a soccer game at the Sepulveda Basin Sports Complex.
Michael Owen Baker / For The Times

According to a study released by UCLA scientists last year, heat waves like the one Angelenos are currently experiencing will become more frequent in summers to come. 22 days of extreme heat—days on which the temperature reaches 95 degrees—are forecasted for 2050, and as many as 54 may occur in 2100. Katharine Reich, associate director of UCLA’s Center for Climate Science, underlines the gravity of these findings. However, she optimistically notes that “If we decide to get off the ‘business-as-usual train,’ we can prevent even worse impacts.”

Would congestion ease under Metro’s traffic improvement ballot measur... Sierra Nevada snowpack not likely to recover from drought until 2019
Scroll to top