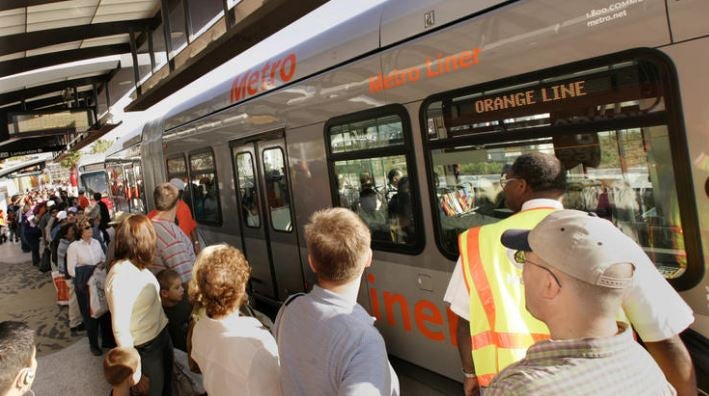 The Orange Metro Line at Lankershim and Chandler in North Hollywood on its opening day on Oct. 29, 2005.
(Los Angeles Times)

This November, Los Angeles County will vote to approve a sales tax measure that will bring in $120 billion over 40 years for transportation projects. Of this amount, Metro has set aside $1.4 billion to transform the Orange Line to light rail. In an Op-Ed for the Los Angeles Times, Juan Matute—a UCLA transportation expert—recommends that the city instead invest in improvements to the Orange Line. Specifically, Matute proposes reduced waits at signalized intersections and integration with other bus routes—changes which could be implemented sooner, would cost less, and would ultimately serve the public equally well as the proposed light rail.

Additional coverage about funding for mass transit in LA county: