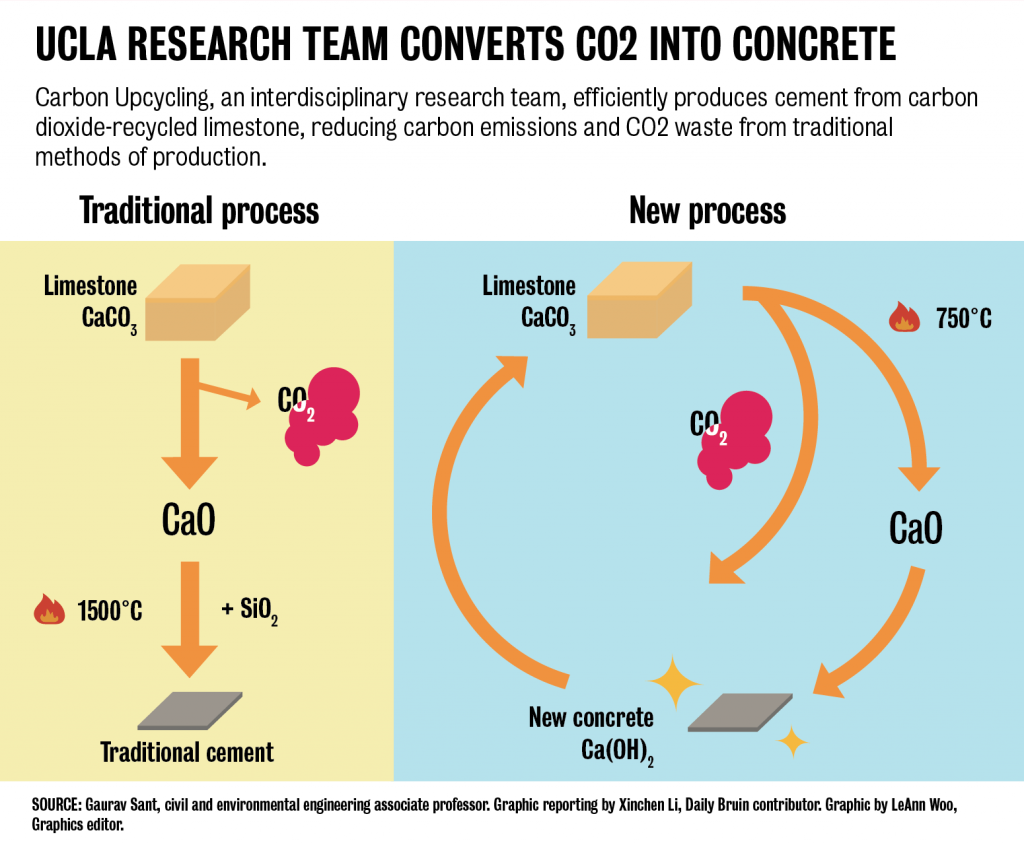 “CO2NCRETE” effectively cuts carbon emissions from concrete production in half.
The Daily Bruin

A UCLA team led by Gaurav Sant (Professor of Civil and Environmental Engineering) is among 47 groups competing to win $7.5 million in the NRG COSIA Carbon XPRIZE contest. Their aim is to profitably convert carbon dioxide emissions to “CO2NCRETE,” a 3D-printed building material which recycles CO2  emissions into raw material usable for construction. “CO2NCRETE” produces only half as much carbon dioxide emission as typical concrete production. As part of the XPRIZE competition, Sant and his team must demonstrate the technical and business viability of their idea, simulate results using flue gas in a lab, and ultimately test their product using real emissions from a coal-fired power plant in Wyoming or a gas-fired power plant in Alberta. The winners of the competition will be announced in March 2020.

Additional coverage about CO2NCRETE and the Carbon Upcycling team:

UCLA Grand Challenges featured as a model by the White House’s Office... Neuroscientist named dean of David Geffen School of Medicine at UCLA
Scroll to top