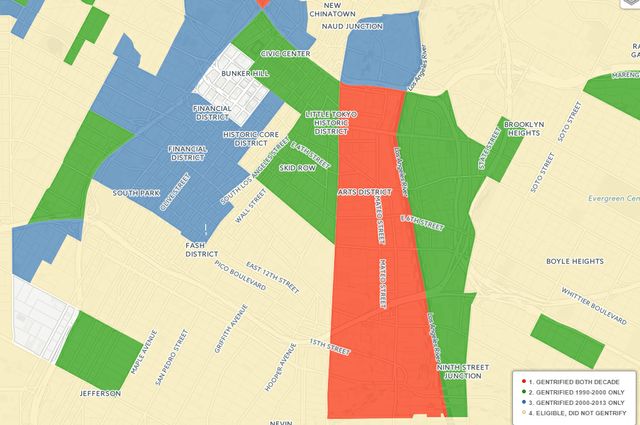 This screengrab of the mapping tool shows that the gentrification of the Arts District in Downtown Los Angeles has been happening longer than in surrounding neighborhoods.
Urban Displacement Project

A team of researchers at the UCLA Luskin School of Public Affairs has created a tool to help communities and policymakers ensure that new construction won’t result in displacement pressure on low-income communities. In particular, the project promotes the understanding on how new light-rail and subway projects may result in gentrification. The team hopes that their work will inform future decisions about public investments and provide engaged citizens with information about the issues facing their neighborhoods.