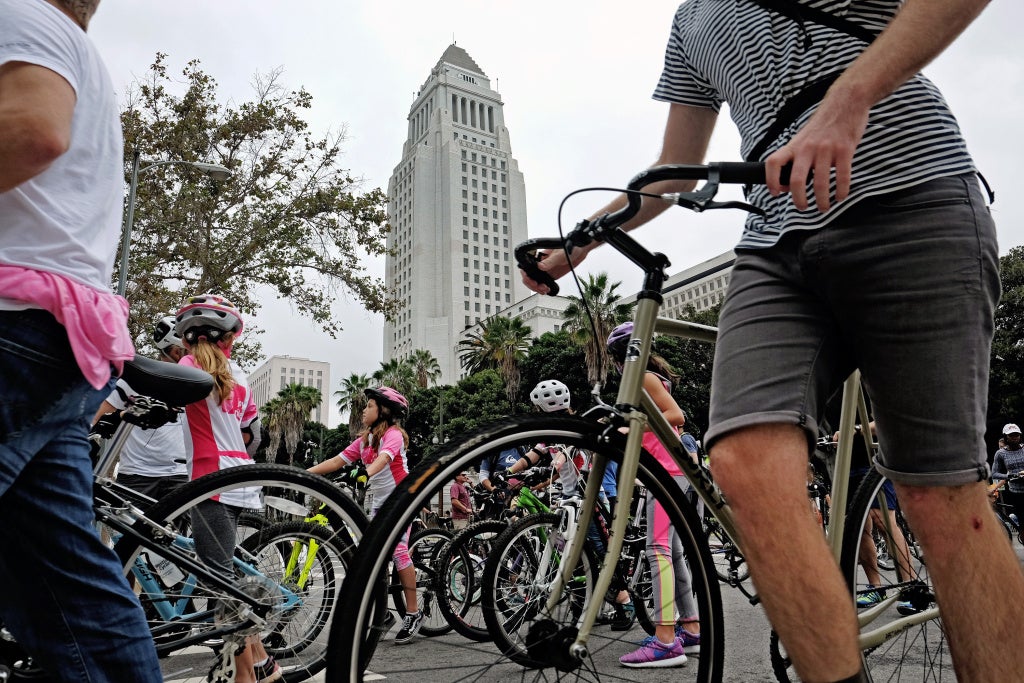 Cyclists make their way through an intersection past City Hall in downtown Los Angeles on Sunday, Oct. 18, 2015. Six miles of streets in and around downtown Los Angeles were closed to motor vehicles as the city’s fifth anniversary celebration of the CicLAvia festival. LA’s transit agency is considering funding 17 more such events through 2018.
RICHARD VOGEL/AP

The Metropolitan Transportation Authority is considering expanding popular bike and walk festivals by investing $4 million to fund 17 additional open street events into 2018. According to research conducted at UCLA, particulate matter in the air is reduced by nearly 50 percent along affected routes and up to 12 percent on neighboring streets.