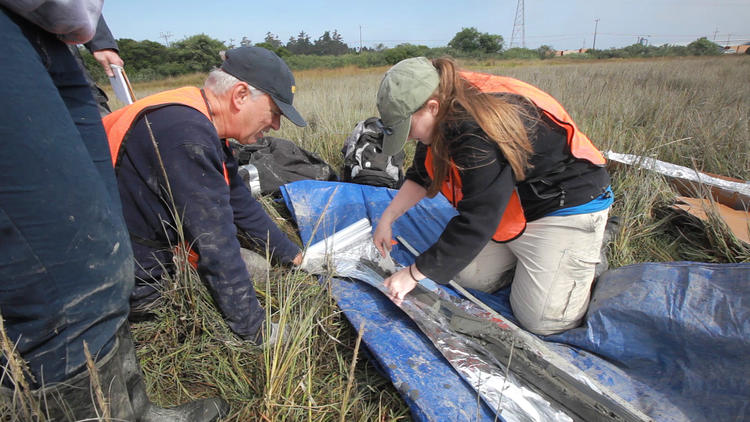 UCLA professor Glen MacDonald and his research team examine a sediment sample from a marsh in Arcata, Calif., during an unrelated study.
John Vande Wege / UCLA

A recent Los Angeles Times article cites research by UCLA professors Glen MacDonald (Geography, Ecology and Evolutionary Biology, and IoES) and Alex Hall (Atmospheric and Oceanic Sciences) in its discussion about California’s impending response to climate change. According to a study authored by MacDonald, changes in the temperature of the Pacific Ocean are difficult to predict and “we simply cannot take off the table the possibility that the eastern Pacific will cool,” causing “La Nina-like conditions exacerbating aridity in California.” A study co-authored by Hall in 2014 suggests that overall rainfall amounts in Southern California will remain stable in decades to come.

Additional coverage on the study: