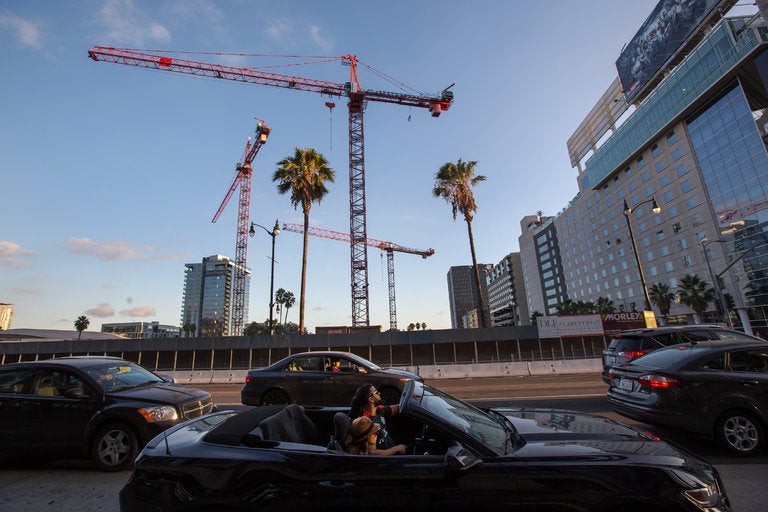 Efforts to increase density in Los Angeles’ city center—largely through the construction of high-rise buildings—have been met with resistance from community members who are concerned about gentrification. Jonathan Zasloff, a law professor at UCLA, comments on these concerns, asserting that, “Los Angeles is not an example of a city where development has run riot. It just isn’t.”