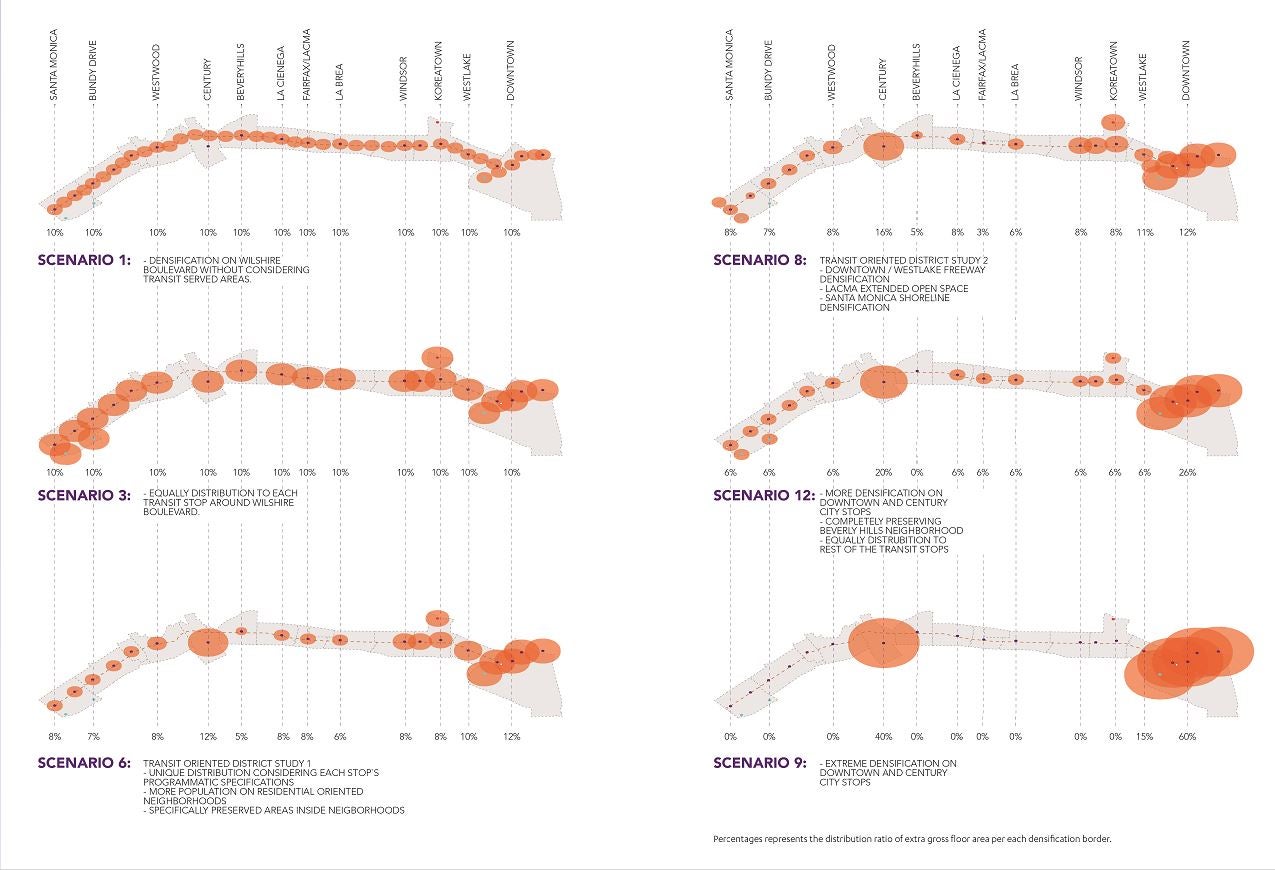 Six potential strategies of many for densifying the Wilshire Corridor.
(The Now Institute)

Two new publications from Thom Mayne of The Now Institute at UCLA explore a sustainable future for Los Angeles in 2050, as the county welcomes 1.5 million more people. These reports mark the first visual attempt at imagining what the future might look like in the nation’s second largest city. Like megacities around the world, Los Angeles is facing the challenge of an increasing population while striving to improve the quality of life of its residents.

The publications entitled 100% Sustainable: Strategies for 2050 renewable energy, local water, and ecosystem health in Los Angeles and 99% Preservation, 1% Densification: A case for 2050 sustainability through a denser, more connected Los Angeles, were developed by Pritzker Architecture Prize-winning architect and UCLA Distinguished Professor Thom Mayne and The Now Institute to address and conceptualize the energy, water, and ecosystem goals laid out by the UCLA Sustainable LA Grand Challenge while keeping the population surge in mind.

The greater Los Angeles region holds nearly half of the state’s population and makes up the third largest metropolitan economy in the world. The effort put forward in these publications is two-fold: First, to evaluate the Sustainable LA Grand Challenge goals to achieve 100% renewable energy, 100% locally sourced water, and enhanced ecosystem and human health for Los Angeles County by 2050, and second, to demonstrate how two distinctly contrasted urban growth scenarios, urban sprawl versus more dense growth around existing population centers and transit nodes, will change the sustainable future of Los Angeles using the Wilshire Corridor as a case-study.

“Thom Mayne and The Now Institute have provided a provocative vision for what a sustainable Los Angeles could look like. My hope is that it leads to meaningful dialogue on what we [Los Angeles] can become in the future.”

Funding for research was made possible by The Now Institute with support also received from the Dream Fund through the Office of the Vice Chancellor for Research at UCLA.

Take a look into what the future of LA could hold for Angelenos. Both publications may be downloaded here:

– 99% Preservation, 1% Densification: A case for 2050 sustainability through a denser, more connected Los Angeles 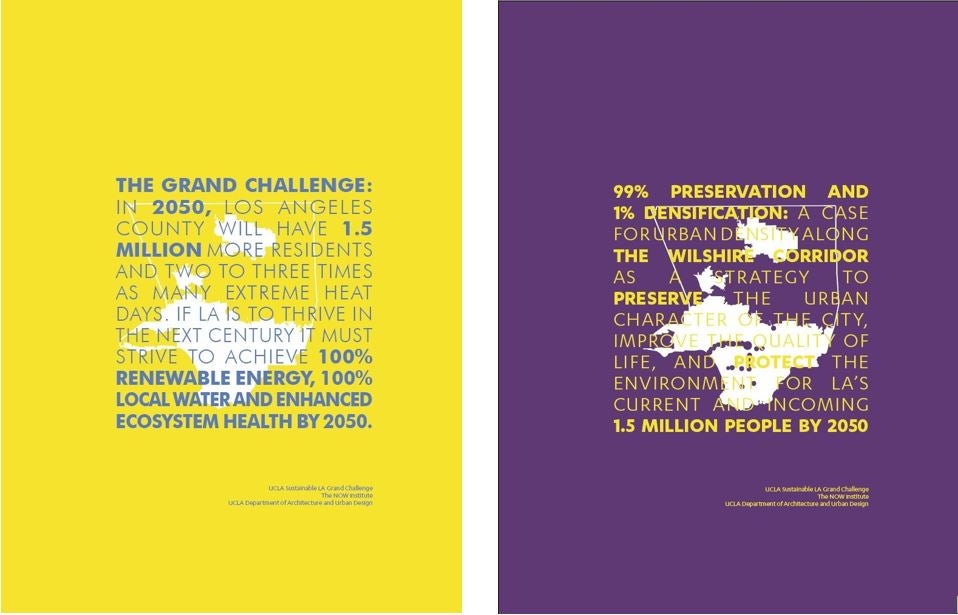 Neuroscientist Marco Iacoboni on how mirror neurons teach us to be human Op-Ed: Provincial feuding over Measure M will make traffic and mobility worse...
Scroll to top