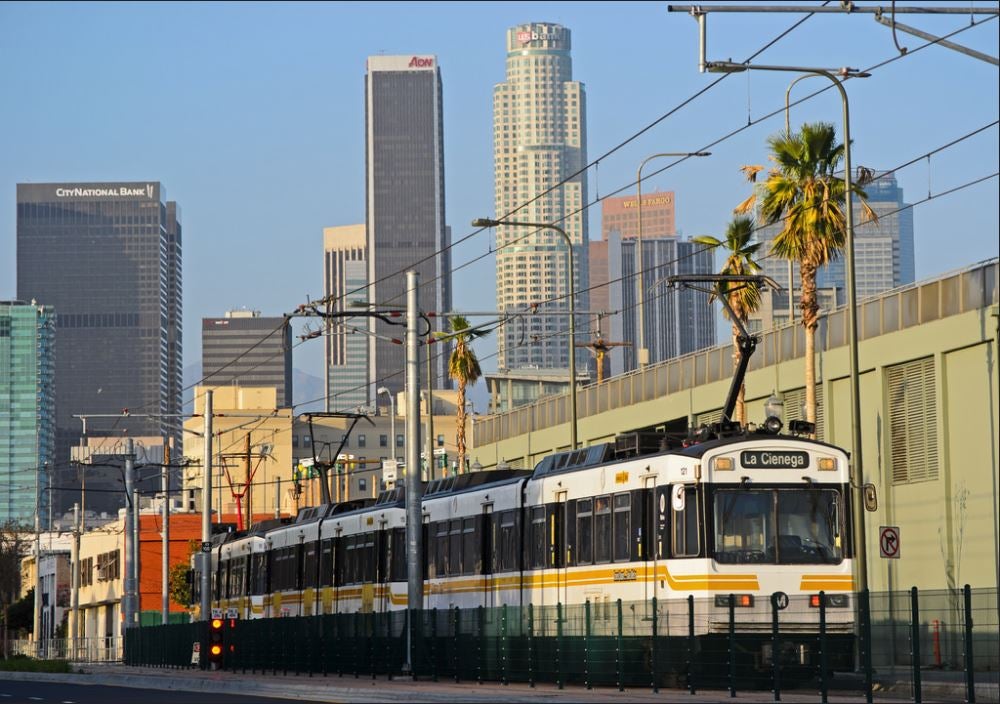 When Angelenos take to the polls on Tuesday, November 8, they will decide the trajectory of public transit and transit-oriented development in Los Angeles County for years to come. Measure M and Measure JJJ—which endeavor to expand transportation networks and safeguard affordable housing, respectively—both promise to advance the region’s sustainability goals while transforming where and how transportation is constructed in Los Angeles.

While most sustainability-minded voters will agree that any investment in public transportation represents a step in the right direction, there is some debate as to how these funds can be leveraged most effectively. A growing body of research produced by scholars at UCLA indicates that significant investments in public transportation—and rail networks in particular—have profound ramifications for surrounding communities that must necessarily be considered as part of the planning process.

“In planning, there is a lot of effort into concentrating development around transit stops, which makes good sense because you hope that people who have housing near the trains would use the trains for some of their trips,” says Anastasia Loukaitou-Sideris, a professor of urban planning at UCLA. However, research conducted by Loukaitou-Sideris and her colleague Paul Ong, a fellow urban planning professor and member of the UCLA Institute of the Environment and Sustainability, suggests that this development may have negative consequences—namely, the massive displacement of low-income, transit-dependent populations.

As affordable housing is replaced by condos and middle-class development, explains Loukaitou-Sideris, a more affluent population takes root in the neighborhood and a process of gentrification is sparked. Existing residents who cannot keep up with rent increases are pushed out of the area, further away from the budding development, employment opportunities, and access to public transportation. The irony isn’t hard to spot: as rail networks expand, their core ridership—low-income communities, transit-dependent people—is displaced by a population that relies significantly less on public transportation.

Lina Stepick is a Sustainable LA Grand Challenge Policy Fellow and Ph.D. candidate in sociology who studies gentrification and displacement pressures around transit-oriented development in Los Angeles. Her research findings align closely with those of Loukaitou-Sideris and Ong, indicating that investments in rail transit in historically disinvested low-income neighborhoods contribute to the displacement of low-income populations. Stepick has also observed a counterintuitive trend in the wake of transit-oriented development: transit ridership decreases while driving and vehicle miles traveled both increase. “This is because the new residents moving into the transit station area are “choice” riders who often own cars and may take transit more than they did previously, but less than the previous, transit-dependent residents, who are often pushed out beyond reliable service areas,” she explains.

The region’s transportation infrastructure can be improved without edging out low-income populations. Researchers, policy makers, and community leaders must shift their attention to focus on  the needs of transit’s core ridership. To be effective, strategic policy-making will be informed by those who stand to lose the most as a result of transit-oriented development. The responsibility for executing this vision, says Ong, doesn’t end with government officials. “Society as a whole has responsibility for what begins as a process of change. And that responsibility includes making sure that those who are potentially hurt by this process are not hurt and that those who are disadvantaged get their share of the positive benefits which come out of it.”

Based on their research, Stepick, Loukaitou-Sideris, and Ong make a number of recommendations for sustainable and equitable transportation investment. Among them are anti-displacement measures to buffer gentrification pressures, community benefits agreements to ensure that developers act with the interests of residents in mind, rent stabilization ordinances and mandatory supplies of affordable housing, and fiscal incentives for builders to provide affordable housing as part of their transit-oriented development plans.

Los Angeles must consider the needs—big and small—of all its residents as it plans for a 100% sustainable future by 2050. “You don’t find by-and-large a discussion in the ballot about equity,” says Ong. “And we tend to shy away from that, tend to not want to take that seriously, either because we don’t support it or we find it may be too controversial.”

Developing and writing policies that meet the region’s sustainability needs while protecting marginalized populations will not be an easy process, but in order to meet its sustainability goals fully, Los Angeles will have to find a way. As a first step, research exploring social justice issues must receive adequate funding at the university-level, and the findings of this research must be made part of the larger legislative conversation about transit-oriented development.

Research concerning the impacts of transit-oriented development on marginalized populations is being conducted at UCLA, and policies like Measure JJJ have begun to address these concerns from a legislative angle. However, if Los Angeles’ proposed improvements to transit are to be truly sustainable and feasible for all segments of the population, these efforts must represent the beginning of a more extensive shift in thinking and process for academics, legislators, and community leaders.

Sarah Wyman is a fourth-year undergraduate student double majoring in Communications Studies and French. She has worked as a project assistant for the Sustainable LA Grand Challenge for three years. During her time at UCLA, Sarah has also served as a strategic planner for the Bruin Advertising and Marketing Team, co-captained the UCLA Sailing Team, and written for The Generation—UCLA’s foreign affairs journal. Sarah is fluent in English, Swedish, and French and ultimately hopes to work with inter-cultural communication through digital media.