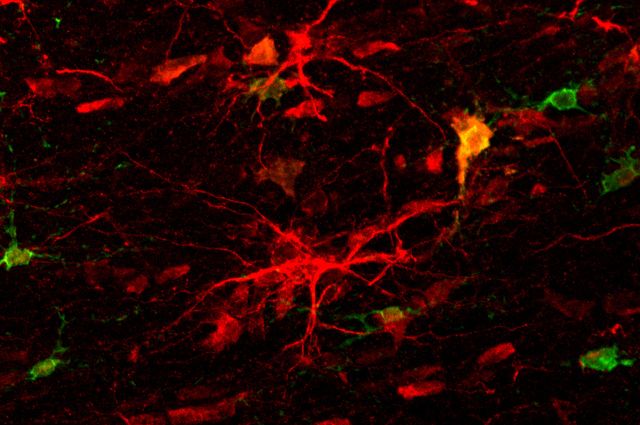 White matter strokes are a major cause of dementia. However, these strokes are rarely diagnosed because they occur in blood vessels deep within the brain. Thomas Carmichael, professor of neurology at the David Geffen School of Medicine at UCLA, studies these white matter strokes using animal models. The findings of a recent study show that after a white matter stroke, the brain signals for production of new cells at the site of the stroke, but the process is disrupted. Carmichael and
his team specifically identified a molecular receptor as the likely suspect for the disruption. When they blocked the molecular receptor, the brain was able to recover from the stroke. This exciting discovery may contribute to new therapies for dementia that will halt disease progression.