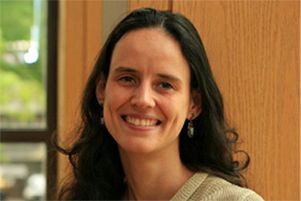 Adriana Lleras-Muney—a professor of economics at UCLA—was one of three UCLA researchers to be awarded the Presidential Early Career Award for Scientists and Engineers (PECASE) by President Obama earlier this week. The award is the highest honor bestowed by the United States Government on science and engineering professionals in the early stages of their independent research careers. Adriana was recognized for her research on the lasting benefits of cash transfers given to poor women and how cash transfers benefit children of women in poverty. In addition to this research, Adriana is one of many talented UCLA faculty members from over 25 departments collaborating on the Depression Grand Challenge.

Additional coverage on the 2017 Presidential Early Career Awards for Scientists and Engineers: