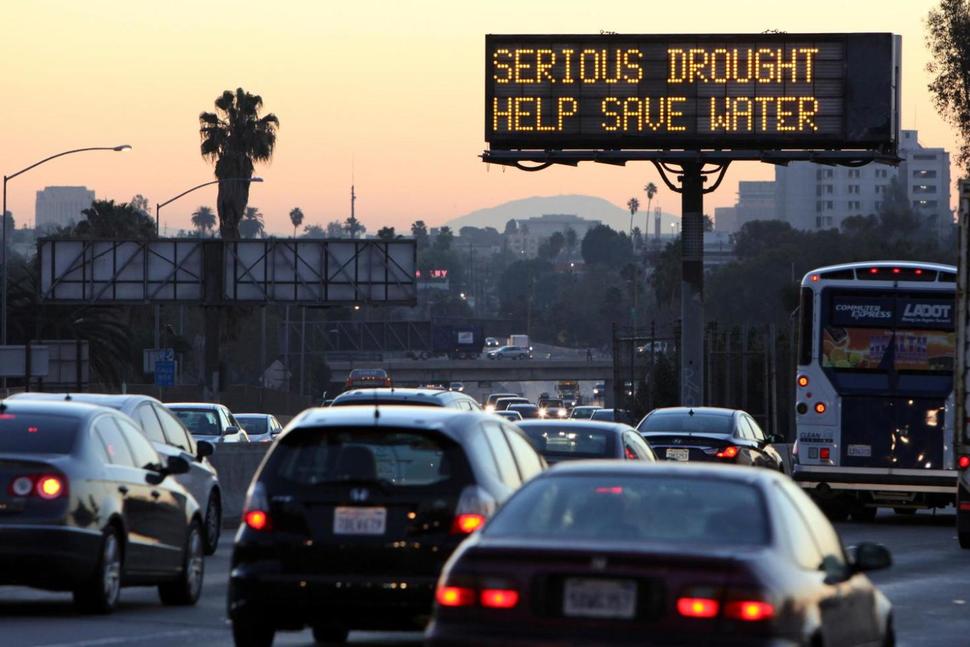 In this Friday, Feb. 14, 2014, file photo, morning traffic makes its way toward downtown Los Angeles along the Hollywood Freeway past an electronic sign warning of severe drought. More than 40 percent of California has emerged from a punishing drought that covered the whole state a year ago, federal drought-watchers said Thursday, Jan. 12, 2017 a stunning transformation caused by an unrelenting series of storms in the North that filled lakes, overflowed rivers and buried mountains in snow. (AP Photo/Richard Vogel, File)
THE ASSOCIATED PRESS

After a week of heavy rain in California, government and academic water experts including UCLA’s Daniel Swain—a graduate fellow whose weather blog has been a closely watched chronicle of the drought—are showing 42 percent of the state free from drought. This represents a marked improvement from last year, when 97 percent of the state was in drought. However, despite this sudden influx of water, Southern California is among the regions still in drought and water conservation efforts remain in place.