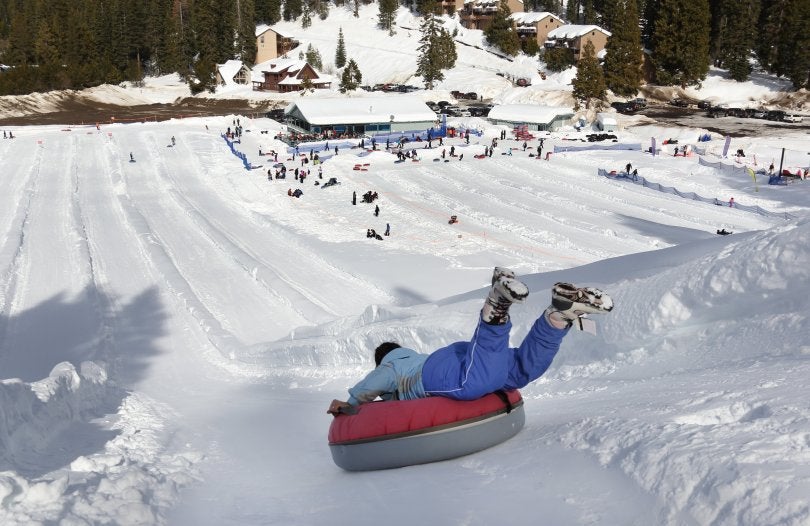 An intrepid tuber heads head-first down the chute at Leland Snowplay in
Leland Meadows, near Pinecrest.
(Photo courtesy of Dino Vournas)

Following 5 years of severe drought, California’s water infrastructure is struggling to adapt to unusually heavy precipitation this year. According to UCLA atmospheric researcher Daniel Swain, California’s climate has always been characterized by the presence or absence of atmospheric rivers, which result in alternating drought and flood conditions in the state. Even though this has historically been the case, researchers warn that a warming climate will result in more extreme changes in these precipitation patterns, further straining water supply and storage in the future.

Source: Why it’s raining so much in California Mercury News, 23 Feb 2017

Inside the destructive forces at work in atmospheric river storms CBS News, 22 Feb 2017