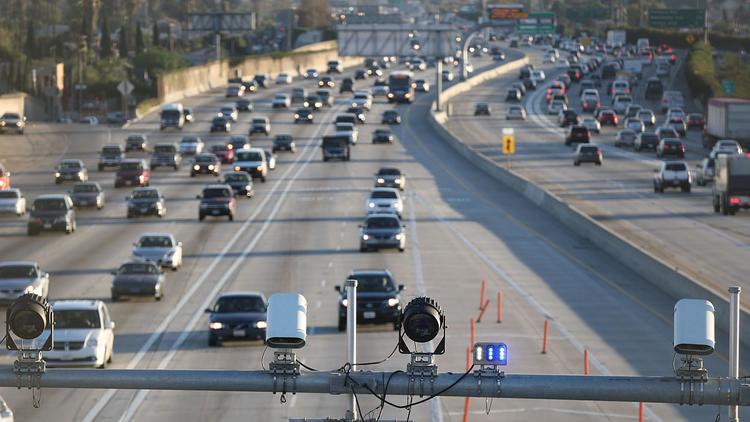 Cameras and electronic sensors stand over the express lane south of the Slauson Avenue transit station on the 110 Freeway.
(Los Angeles Times)

In her op-ed, professor Herbie Huff of the UCLA Institute of Transportation Studies, writes that the only effective way to decrease traffic congestion in Los Angeles is to introduce a dynamic tolling system. Dynamic tolling incorporates an automatic transponder that charges solo drivers while allowing carpools to drive for free with the price of the toll lanes varying based on the time of day and congestion. Similarly to how airline tickets increase in price during the holidays, Huff argues that an fluctuation and increase in pricing in proportion to congestion will maintain fast-moving traffic without disproportionately burdening the poor.

Source: Opinion – There’s only one way to fix L.A.’s traffic, and it isn’t Elon Musk’s tunnels. We need tolls – lots of them Los Angeles Times, 03 March 2017