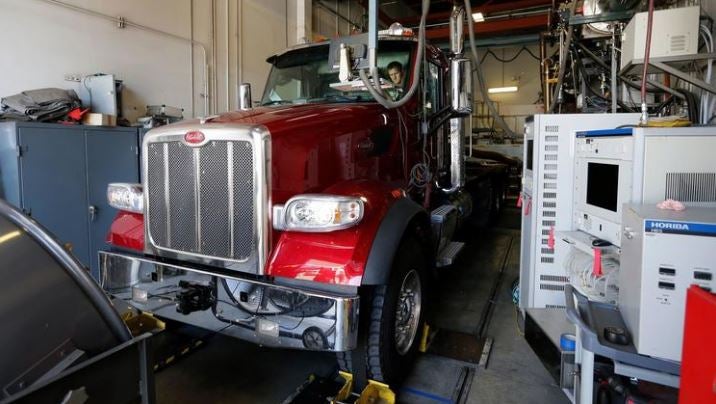 A truck is tested to see if it meets emissions standards at a California Air Resources Board facility in Los Angeles.
(Allen J. Schaben / Los Angeles Times)

California has always had some of the strictest environmental laws in the country, and legislators hope to keep these policies intact in the face of decreased federal funding and the loosening of environmental regulation in Washington. However, this process will be difficult as it challenges the relationship between states and the federal government, as significant amounts of California’s environmental protections rely on an overlapping network of state and federal rules. However, the state’s strong carbon emissions legislation has survived criticism -mainly regarding the complication of interstate trade – in the past, so lawmakers remain hopeful that it will be able to withstand conflicting federal policy. According to Cara Horowitz, co-director of UCLA’s Environmental Law Clinic, “California will undoubtedly test the limits of what it’s possible for a state to do,” and the state, she said, “has made very clear that it sees itself as the environmental resistance in the United States.”

Source: Can California go its own way on federal environmental protections? These lawmakers want to try Los Angeles Times, 06 March 2017

The coming clean-air war between Trump and California The Atlantic, 06 March 2017