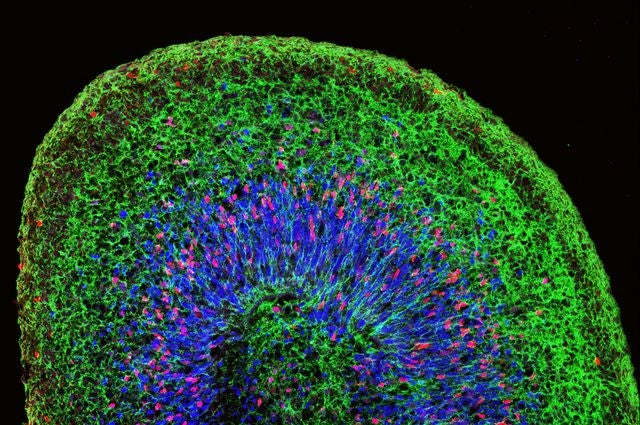 UCLA researchers have found a way to create simplified human brain tissue using stem cells, which provides a more convenient method to study the brain and neurological diseases. The researchers call these tissues “mini brain organoids”, which are similar to the human brain in several ways; for example, the anatomy of the brain organoids resembles that of the human cortex, with a number of cells present in both. This method of developing brain organoids can be utilized by other scientists to enhance research in the field. Ben Novitch, senior author and UCLA’s Ethel Scheibel Professor of Neurobiology, not only developed this method of creating the mini brain organoids, but also used this special tissue to study Zika and reveal how Zika infection infiltrates and harms fetal brain tissue. They were able to test several drugs on Zika-infected brain organoids to see if the virus could be blocked from entering the tissue, with positive results.

The mini brain organoids have promise for applications beyond Zika virsu. The team plans to use these organoids to study and learn more about other neurological disorders.