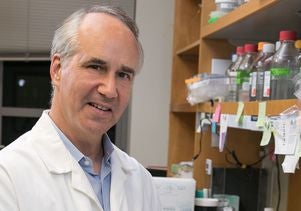 UCLA researchers are the first to compile a map of gene regulation in human neurogenesis, the process by which neural stem cells become cells in the brain. Gene expression, the switching on and off of certain genes, guides the process of neurogenesis. Senior author Daniel Geschwind, professor of Neurology and Psychiatry at David Geffen School of Medicine at UCLA, and his colleagues utilized several methods and data sets to understand the mechanisms by which gene expression dictates the process of neurogenesis. The team identified regions of the genome that are active during neurogenesis, recorded data of gene expression within brain regions involved in neurogenesis and studied chromosomal folding patterns. This multifaceted approach enabled the researchers to identify key genes that regulate neurogenesis and verify the function of these genes. Past research has shown that a variety of psychiatric disorders, such as depression, can be tied to early stages of brain development in the fetus. Understanding neurogenesis may help the scientific community in understanding how brain development can go awry to cause psychiatric disorders.