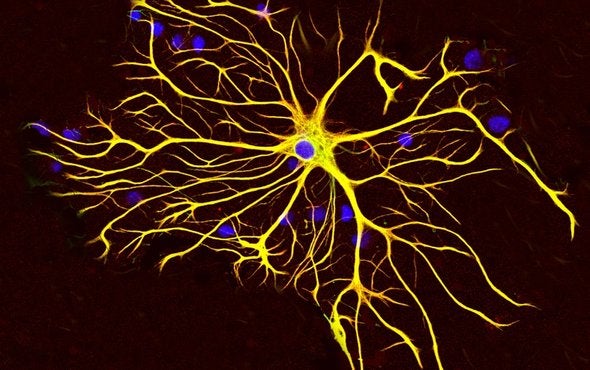 Lead investigator Daniel Geschwind, professor of neurology, psychiatry and human genetics at UCLA, conducted a study identifying common gene expression patterns in the brains of people with autism, schizophrenia and bipolar disorder. Researchers discovered a marked decrease in gene expression among genes for neuronal communication and mitochondria, which are cells that generate energy for cells. All three conditions also have greater activation of genes in star-shaped brain cells called astrocytes. These findings suggest that there is a set of DNA variants common to all three conditions. Geschwind and his team are exploring how the gene expression patterns relate to neuronal activity. This research provides a glimpse into the commonalities between various psychiatric disorders, which is relevant to UCLA’s plans to understand genetics of those who suffer from depression.