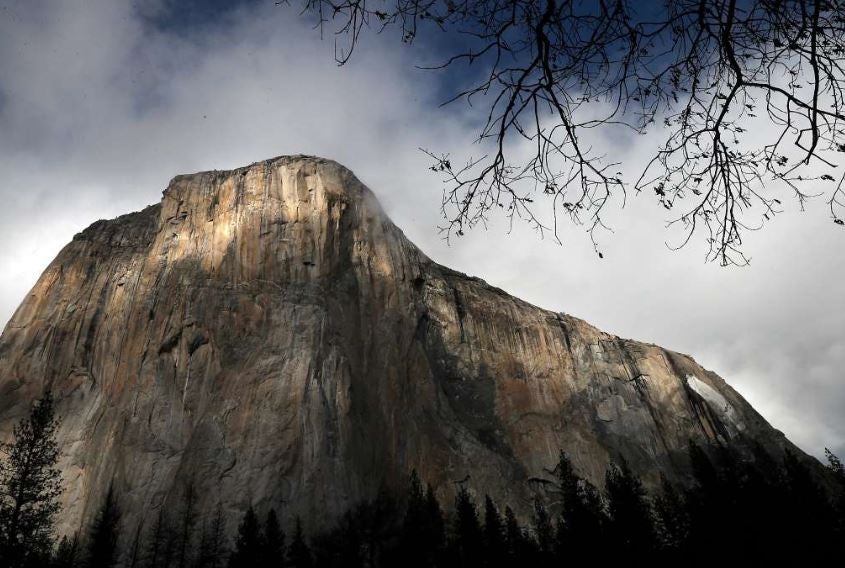 Little snow has fallen this year on the granite walls above Yosemite Valley, as seen in this recent photo of El Capitan. Photo credit: Michael Macor, The Chronicle

SF Gate recently consulted with UCLA climate scientist Daniel Swain (Institute of Environment and Sustainability) for an article about the declining snowpack in Sierra Nevada. Swain has been closely monitoring the snowpack in the Sierra Nevada mountain range in California this winter, which is at 30 percent of average levels due to an unusually hot winter with very little precipitation. This snowpack contributes to one-third of the state’s water supply, so in years like this less snowpack in the winter means less available water in the spring and summer for Los Angeles County and beyond. In previous decades, the Sierra Nevada was blanketed in snow at elevations as low as 5,500 to 6,000 feet, but with higher temperatures we are only seeing snowpack at much higher elevations, which reduces the overall snowpack. Higher temperatures, combined with less overall precipitation is a recipe for significantly reduced water supplies. Swain said that the snowpack is currently nearing record-low levels previously set in 2015. The most recent U.S. Drought Monitor reports that 54 percent of California is abnormally dry, while 13 percent of the state, mainly Southern California, is experiencing drought conditions. According to the State Water Project, a major California water supplier, some reservoirs still have ample water from last year’s heavy rainfall. However, this year’s precipitation and snowpack levels indicate that water conservation efforts should be taken seriously to prepare for reduced water supply from the Sierra Nevada in the year ahead.

This post was written by Adrija Chakrabarty. She is a human biology and society major in her sophomore year at UCLA and a Special Assignment Assistant Content Writer for Sustainable LA Grand Challenge.