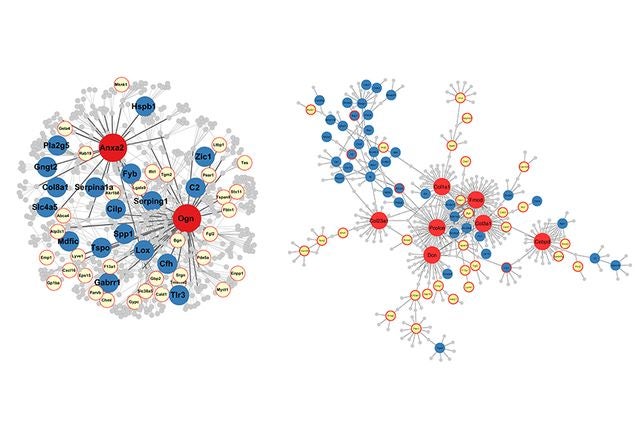 Examples of gene networks in the hippocampus affected by brain trauma. UCLA researchers report that the “master regulator” genes (in red) influence many other genes responsible for the effects of brain trauma.
Qingying Meng/UCLA

UCLA researchers are the first to identify master genes that may control hundreds of genes linked to diseases such as depression, Alzheimer’s and many more. Traumatic brain injury (TBI) seems to damage these master genes, which then alters gene expression and/or protein production of genes linked to the master gene. Using an animal model, researchers simulated TBI among a cohort of rats and drew RNA from the rats. Among rats with simulated END_OF_DOCUMENT_TOKEN_TO_BE_REPLACED 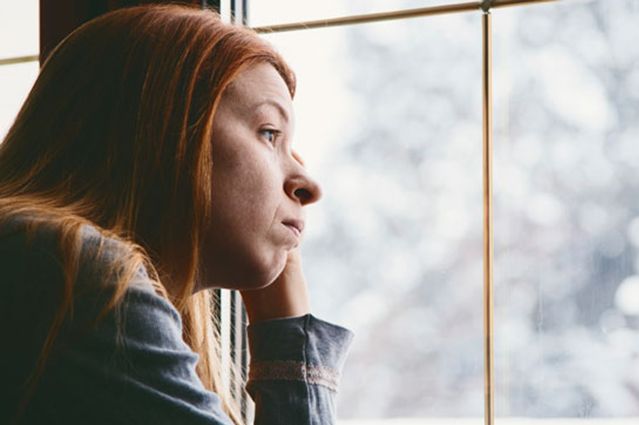 Despite California’s year-round sunny weather, UCLA Behavioral Health Associates’ psychiatrist, Dr. Kelly Kang, advises that inhabitants of the golden state should recognize the signs of seasonal affective disorder. Therefore, they will be able to identify the connection between symptoms of depression and the changing seasons and know when to seek help. Some common symptoms of END_OF_DOCUMENT_TOKEN_TO_BE_REPLACED 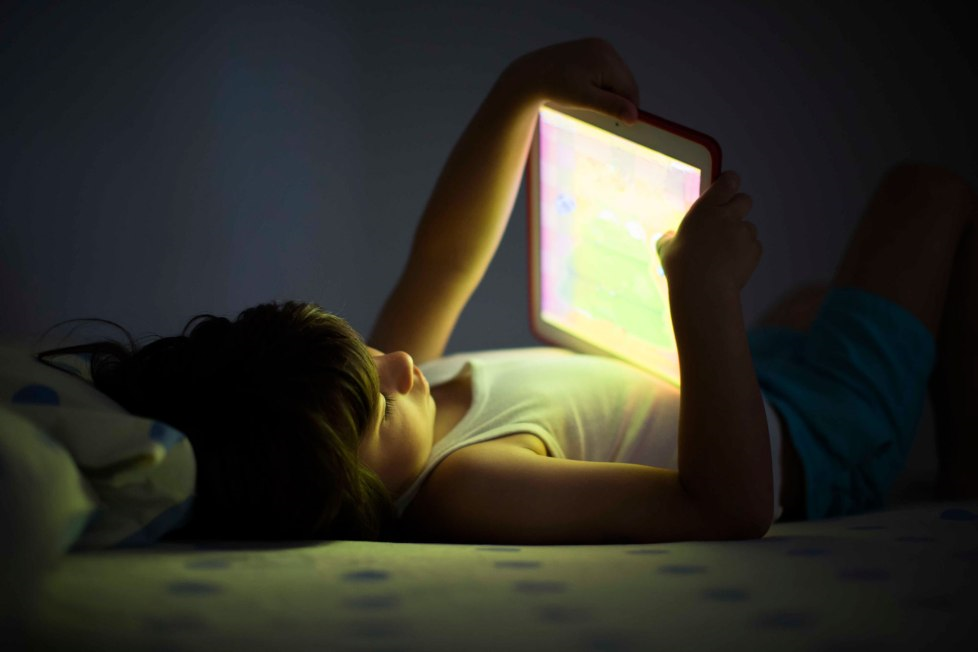 Dr. Peter Whybrow, Director of Semel Institute for Neuroscience at UCLA, coins the term “electronic cocaine” for screens because of the addictive effects of them. Digital technology can undermine the brain’s frontal cortex in the same way that cocaine negatively impacts the frontal cortex and raise dopamine levels as much as sex.  Other studies have shown that screens increase END_OF_DOCUMENT_TOKEN_TO_BE_REPLACED 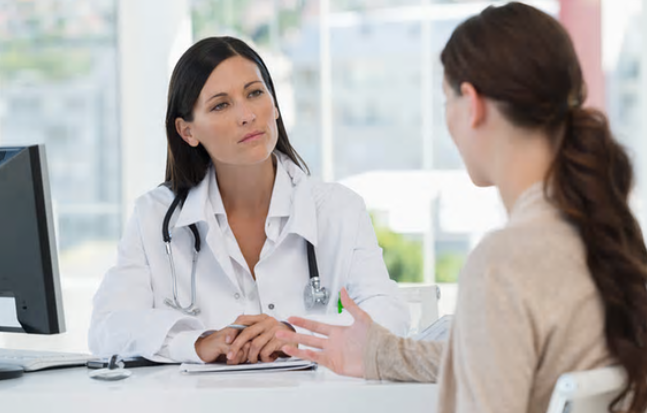 Scientists have discovered 17 separate genetic variations that increase the risk of a person developing depression. The findings, which came from analysing DNA data collected from more than 300,000 people, are the first genetics links to the disease found in people of European ancestry and may help to reduce the stigma that often accompanies depression. Of the 300,000 people END_OF_DOCUMENT_TOKEN_TO_BE_REPLACED 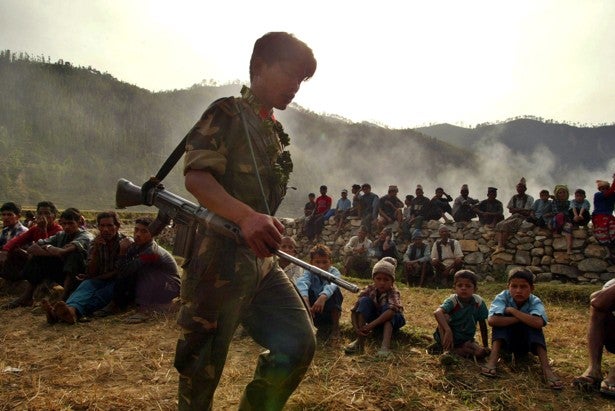 A young Maoist soldier walks into a village in Kholagaun, Nepal, in 2004
Elizabeth Dalziel / AP

A research collaboration with UCLA, Duke, Emory, Transcultural Psychosocial Organization and USC, including Jeffrey M, Heather McCreath and Teresa Seeman from UCLA, studied the effects of resilience, an individual’s ability to bounce back in the face of adversity, on the immune system of former child soldiers in Nepal. To study this interaction, researchers interviewed former child soldiers and collected blood samples for analysis. The study found that these children were more likely to have PTSD and the CTRA gene, which is a marker of chronic inflammation. High presence of the CTRA gene can make individuals more susceptible to depression and anxiety. The study also found soldiers with higher self-rated resilience had lower levels of CTRA expression, which is evidence of the power of resilience to override the harmful effects of PTSD.

Read more at The Atlantic